Get In Touch Today!

Get In Touch Today! 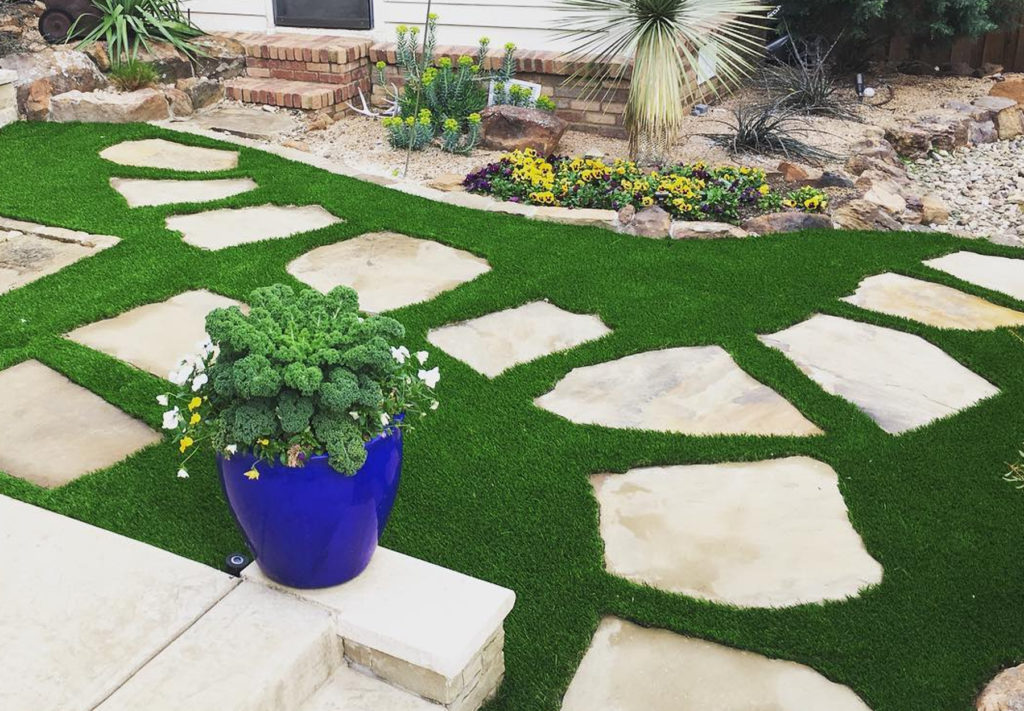 After being first developed in the late 1950s by Chemstrand, a subsidiary of Monsanto, Artificial turf (then called Chemgrass) saw its first major installation inside the Houston Astrodome in 1965 since natural grass wouldn’t successfully grow under a domed roof.  Subsequently, Chemgrass was referred to as Astroturf in honor of its first large scale installation in the Astrodome.

Some artificial turf myths still resonate from the ’60s and ‘70s when the turf was made a lot different than it is manufactured today. In today’s synthetic turf industry, there are hundreds of turf varieties to choose from depending on the project need and customer preferences.  There is short and long blade turf, varying densities, colors, shades, textures and softness levels. Today’s scene is a far cry from the one or two styles available fifty years ago.

Some of the more persistent synthetic turf myths include the belief that artificial turf doesn’t drain well, that it is bad for the environment or that all artificial turf is the same.  Each of these myths is completely untrue, and in fact, the truth is the complete opposite as you will read below in the 10 most popular artificial turf myths currently circulating in the public landscaping sphere.

1. Artificial Turf is Only for Sports

This is a classic argument left over from the 1960s. Back then, artificial turf was used primarily for sports venues, even though there were some school applications. In today’s world, this myth has been shot full of holes.  Many artificial turf applications aren’t sports-related anymore and run the gamut from custom playground surfaces, dog parks, runs, and kennels, commercial landscapes, home yards, pool areas and other unique applications to balcony and rooftop installations.  Artificial turf is being utilized for additional types of projects each year.

2. It’s Bad for the Environment

Artificial turf is actually GREAT for the environment. It’s hard to believe this myth ever got started in the first place since it’s as far from the truth as one can get. Artificial turf doesn’t require smelly gas mowers to mow it every week.  The EPA says that running a gas mower for an hour will contribute as many noxious fumes as driving a car for 100 miles!  And artificial grass doesn’t require herbicides, pesticides or fertilizer that can harm beneficial insects and our environment when chemicals wash into our watersheds.  And replacing just 1900 sq. ft. of natural grass with artificial grass will save 100,000 gallons of water a year!  It’s even a good erosion preventative.

Multiple studies over a five year period in Sweden and Norway where players were followed and examined during that period show that playing or exercising on artificial turf resulted in no more injuries than playing on natural turf.  And studies performed by FIFA, soccer’s governing body, also found that there was no discernible difference in injury rates between playing on artificial turf versus natural turf.

4. All Artificial Turf is the Same

When Chemgrass was first developed in the late 1950s and then renamed Astroturf in the mid-’60s, this myth was indeed a reality. But in the last 50 plus years, the artificial turf industry has come a long way in developing hundreds of different artificial turf varieties.  The latest varieties of artificial grass offer various colors, grass blade lengths, densities and multitudes of uses for the turf.

5. It Doesn’t Drain as Well as Natural Grass

This is another myth that originated in the ’60s and ’70s.  Back then artificial turf had some difficulties draining average to large amounts of water if inundated with moisture too quickly.  That issue has long since been remedied and, in fact, artificial turf base systems are now engineered to such a degree that they can often drain up to 30 inches of rain/hour/ per sq. ft. This is much more than natural grass and soil can typically drain.

6. Artificial Turf is Too Expensive

The upfront cost for artificial grass is more costly than that of seeding or sodding a new lawn.   The artificial turf base and turf itself needs to be properly prepared and fitted by turf professionals that know how to create the best draining, most durable and smoothest surface possible.  But, artificial turf is a lot less expensive in the long run over the life of the grassy area.  There are no mowing or mowing related costs such as gasoline, mowers, trimmers, edgers, etc. And there are no fertilizers, insect treatment, weed control, aeration, de-thatching, re-seeding or re-sodding required. Just a leaf blower to blow off debris from time to time, a rake and a garden hose for rinsing the turf off every now and then.

Sure, artificial turf is a little warmer than natural grass.  But, it doesn’t typically get too hot to exercise or play on.  If there is ever worry as to it being a little warm, the turf can be sprayed down with water to make it up to 10 degrees cooler.  In the latest temperature studies analyzing the difference in warmth between natural and artificial grass, the studies show that at 2 feet above the surface, the temperature is on average 4 degrees warmer on artificial grass than natural grass.  At 5 feet above the surface, the difference in temperature is less than one degree warmer for artificial turf.

Pet owners clean up pet waste from natural grass areas already. There is usually not much left on the surface after the pet’s elimination has been picked up.  If there is a little left on the surface, a simple rinse with a hose will wash away any urine or leftover material.

There is some minor maintenance involved with artificial turf.  When leaves fall on the turf they need to be blown away or raked off.  If sticky substances or food are spilled on the turf, the messes will need to be washed or cleaned off.  And the turf may need a rinsing every so often to remove dust, pollen or too much pet elimination.  Aside from that, there is very little maintenance to perform with artificial turf.

Many of the myths above have been circulating for 40 – 50 years, long before the current crop of professionally engineered artificial turf hit the market.  The basic facts are that artificial turf is twice to three times more economical than natural grass over its lifespan.  Artificial grass is also better for the environment and takes a lot less time to maintain over the years.  If you are interested in saving time and money, then you should seriously consider artificial turf for your next project.  You will be glad you did.